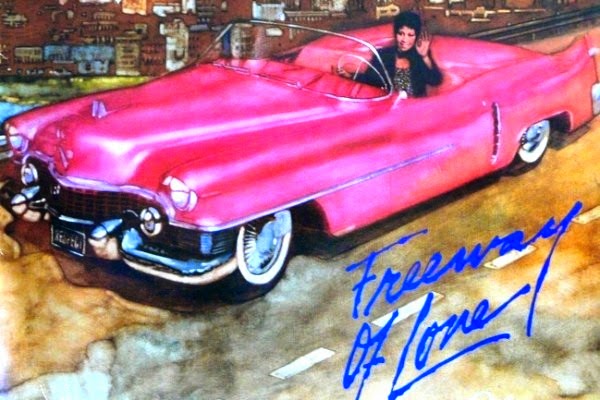 Welcome to Saturday: 9. What we've committed to our readers is that we will post 9 questions every Saturday. Sometimes the post will have a theme, and at other times the questions will be totally unrelated. Those weeks we do "random questions," so-to-speak. We encourage you to visit other participants posts and leave a comment. Because we don't have any rules, it is your choice. We hate rules. We love memes, however, and here is today's meme!

Unfamiliar with this week's tune? Hear it here.

1) In this song, Aretha's ideal car is a pink Caddy. What's your dream vehicle? 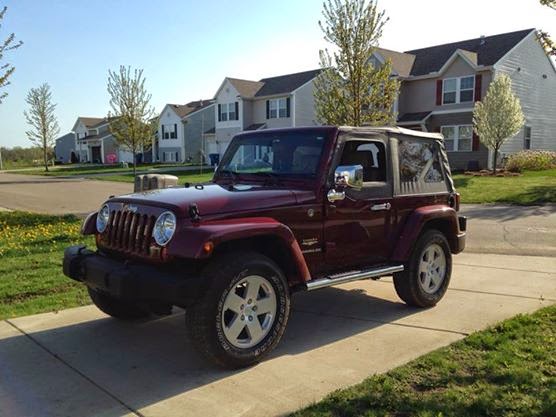 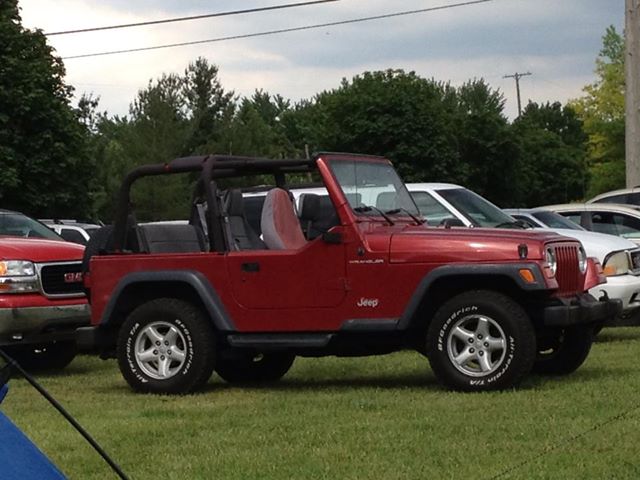 3) Aretha longs to "drop the pedal and go." Are you a careful, conservative driver? Or do you enjoy going fast? Look, I'm a good driver.  I haven't killed you, have I?

4) Aretha's grandmother Rachel helped raise her. Tell us about one of your grandparents.My mother's mother, AKA GG, Margie (and that's a hard G there, not a soft one)... believed that women shouldn't drink beer out of a bottle, chew gum or call boys.  She was one of the most kick ASS people I've ever known, and I hope I can grow up to be just.  Like.  Her.  White water rafting in her 60's, winning a beer chugging contest, traveling all over the world.  You wish you had a grandma like mine.  And when she was diagnosed with cancer, she said - I'm going on a cruise, I'll talk to you when I get back (not exactly, but you get the point), and came back, was admitted to the hospital and died with a killer tan.  And nails.  I did her nails, she couldn't go to the Pearly Gates with ratty looking nails!

5) Aretha played a waitress in the 1980 movie, The Blues Brothers. Have you ever worked in food service?Of course!  My first job was in the dietary department at So Shore Hospital, and at some point along the line, I worked as a waitress..

6) Aretha was a chain smoker for decades and had a terrible time giving up cigarettes. What habit do you wish you could break?Same as Aretha's.  But I'm not a chain smoker.

7) A sculpture of Aretha is at Madame Tussaud's Wax Museum in New York City. What's the last museum you visited?Oh my, I don't know!  I was talking this week about having tea once in the London Museum.  That was lovely.  :)

8) Since Aretha has many honorary degrees, it would be appropriate to refer to her as Dr. Franklin. Who is the last person you addressed by his or her title (Officer, Father, Pastor, Dr., etc.)?I'm not as think as you drunk I am, Occifer...  Oh.  Wait.  Wrong movie.  LOL  People are so casual these days, I really can't remember!

9) The daughter of a minister, Aretha enjoys singing "church music" and her 1972 CD Amazing Grace is one of the best sellers in gospel music history. Do you have any gospel music on your phone, iPod or MP3 player?

I know you're mad, Jake, but you got to get your own

Love Is In The Air Meme

Welcome back to Sunday Stealing which originated on WTIT: The Blog authored by Bud Weiser. Here we will steal all types of memes from every corner of the blogosphere. Our promise to you is that we will work hard to find the most interesting and intelligent memes. You may have heard of the expression, “honor amongst thieves”. In that age-old tradition, we try to credit the blog that we stole it from. We also provide a link to the victim's meme in our "Previous Victims" widget. (It's our way of saying "Thanks!") Sometimes we edit the original meme, to make it more relevant to our global players, to challenge our players, to select the best questions, or simply to make it less repetitive from this new meme or recently asked questions from a previously featured meme.
Cheers to all of us thieves!!!
Love Is In The Air Meme
Stolen from: The Archives

Love, to you.  It's a feeling, when that person walks into the room - and all of a sudden you're the only two there.
Define love in your own words.
The ability to live without the other person, but the desire not to.  Work.  Not all fun & games, truth, honesty - and most of all?  Trust.
What do you want in a relationship?
See previous answer
What do you contribute to a relationship
See previous previous answer.  And right now?  Nothing.  I'm single, and really am OK with that.  I refuse to settle for someone just to have someone there, and there are things I just won't compromise on.  I will never again stay in a relationship where I'm the (by FAR) smarter person, where it's not a partnership - it's almost like a parent-child relationship, where I'm not a priority - or playing second fiddle.  Kids should be #1, that's a given.  But if you're stringing a few women along?  Count me out.  Some day I'll make some guy very happy - but for now?  I'm happy all by myself.

Currently.....
Do you have a Valentine?
What?  Did you not listen to my last answers?
If not, are you happy being single?
I know you're mad, Jake, but you got to get your own... I know you're mad Jake..
Describe the perfect V-day date in your opinion:
I had a great time last night at the neighbors.  We played Apples to Apples, and then Dance-Dance revolution.  I realized that, while I have lost a lot of weight - it's too soon for the form fitting tank top.
Dream Date? 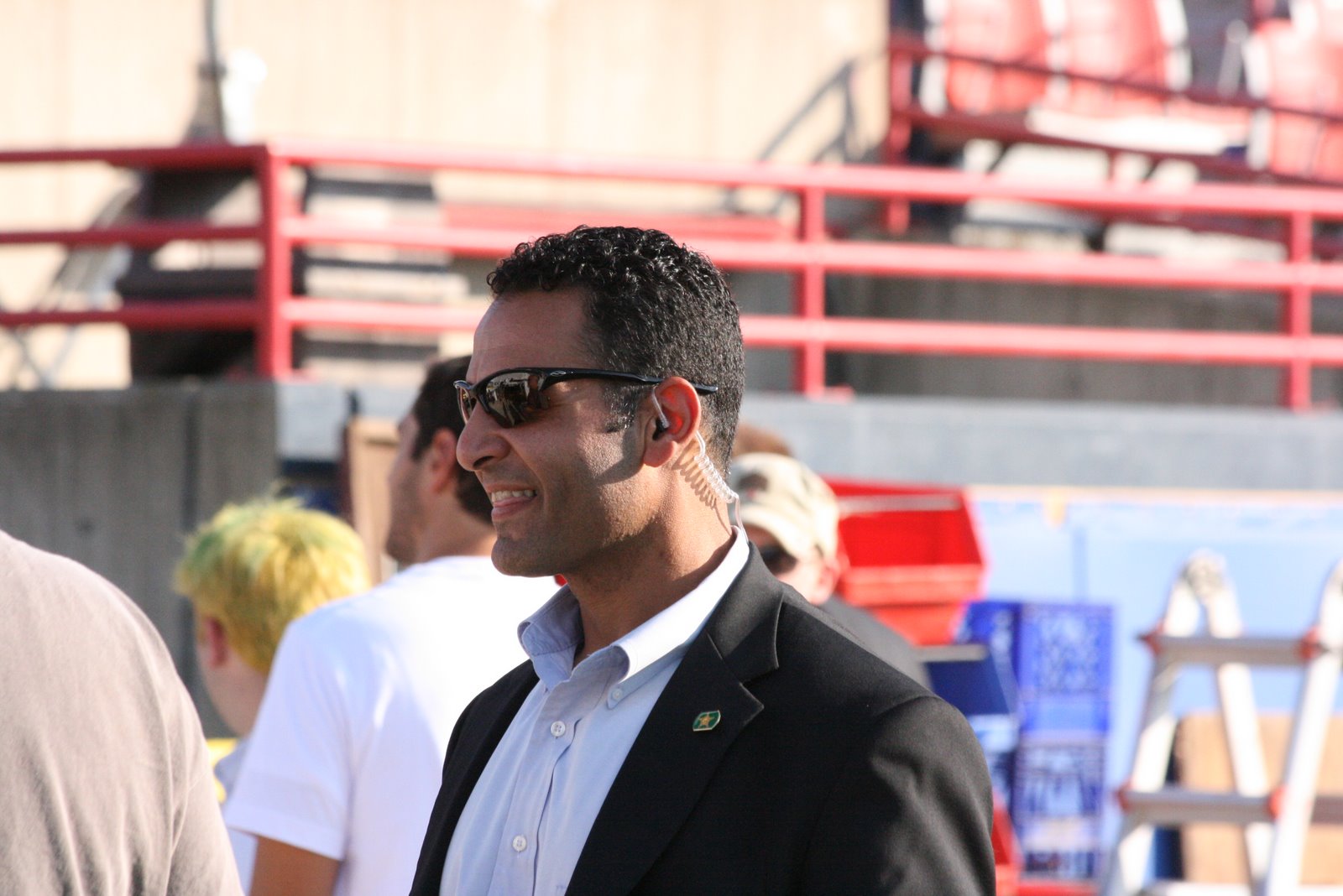 What is your crush's name?
Mr. Secret Service for Obama before he was POTUS man.
Do you believe in love at first sight?
did you NOT look at that picture?  I love him.  He loves me.  End of story.

This or that
Chocolates or Flowers....you must pick one!
Chocolates are better, flowers are overpriced!
A short kiss or a big hug?
There has been one person that when I hugged him, the whole world went away.  Too bad he turned out to be such an asshat.  But a hug like that?  Any time.  (just not from him.  LOL)
Cute and dimwitted, or Average and brilliant?
Average and brilliant - I need someone to challenge me.
Miscellaneous
Turn-ons?
secret ear-buds
Turn-offs?
Living with mom, or lack of a spine.

What thing should a guy never say to you?
Come here and look at this before I flush it..


Sorry for the coffee on your monitors with that answer.  You know the one.  LMAO
Posted by K Dubs at 11:56 AM 4 comments:

I should have kept my tuckie. Not given it to the Indians.


Saturday 9: All Dressed in Love (2008)
For Valentine's Day, we need a happy love song. Hear it here.
1) In this song, Jennifer sings, "I look good in love …" What about you? When you're happy, or sad, does it show? Or do you keep an even demeanor, no matter what? I like to think I have a good poker face, but I probably don't.  And when I'm disgusted with someone/something, I apparently just really let it show. LOL  When I'm happy, though - I'm happy!
2) This song played over the closing credits of a hit movie, Sex and the City. When you go to the movies, do you visit the concession stand for popcorn, or a soft drink, or candy?
Popcorn... mmmmmmmm no buttah.  Diet.  Free refills.
3) Think of the last movie you watched at home. Was it a DVD, DVR, streamed or cable presentation?
Oh jeez, I don't know!  Prolly on cable.
4) Jennifer Hudson got good grades in high school and went away to Langston University in Oklahoma. But she was homesick for her family in Chicago and came home after just one semester. Have you ever been homesick?
I live in the Midwest.  I'm from the Northeast.  Every day I'm homesick.  But every day I'm glad I made the move I did - I have a happy, drug and alcohol free kid that gives me no trouble (well, for the most part).  He's grown up with ME around.  He wouldn't have had that in the Northeast.  Plus it was easier to explain that "your father lives back East" as opposed to "I'm sorry he's an asshole"
5) Jennifer received acclaim for her renditions of "The Star Spangled Banner" at the 2008 Democratic Convention and Super Bowl XLIII. Do you agree with critics who say that our National Anthem is hard to sing?
I sing it great in the shower, not sure what their problems are.  Just millions of people watching, you know - stuff like that..
6) Jennifer is a spokesperson for Weight Watchers and, with diet and exercise, went from a size 18 to a size 6. She says that while she's committed to healthy eating, she still enjoys ice cream occasionally. Do you prefer your ice cream in a cone or a cup?I prefer it in my mouth.  The cone or cup is just a way to get it there..
7) Her fiance, Daniel Otunga, is a graduate of Harvard Law School. Harvard is the most famous of the eight "Ivy League" schools. Do you know the other seven?
Sure.  Do you?
8) With a Grammy and an Oscar, Jennifer Hudson is one of the most successful American Idol contestants. Can you name another singer who appeared on AI?
Taylor Hicks.  Whatever happened to him?

9) Last year, Jennifer nearly bought a brand-new Ferrari because it was so great looking. At the last moment she backed out of the deal because she doesn't drive enough to warrant such an expensive car. What's the last impulse purchase you either made, or resisted?
It wasn't really a purchase as much as a donation.  I should have kept my tuckie.  Not given it to the Indians.

It's Sunday. You're not the boss of me.

Why Do You Want To Know That Meme?

Welcome back to Sunday Stealing which originated on WTIT: The Blog authored by Bud Weiser. Here we will steal all types of memes from every corner of the blogosphere. Our promise to you is that we will work hard to find the most interesting and intelligent memes. You may have heard of the expression, “honor amongst thieves”. In that age-old tradition, we try to credit the blog that we stole it from. We also provide a link to the victim's meme in our "Previous Victims" widget. (It's our way of saying "Thanks!") Sometimes we edit the original meme, to make it more relevant to our global players, to challenge our players, to select the best questions, or simply to make it less repetitive from this new meme or recently asked questions from a previously featured meme.
Cheers to all of us thieves!!!

Why Do You Want To Know That Meme?

Stolen from: My Random Randomness