Suck it, cancer. My friend Kim is completely free of you. :-) 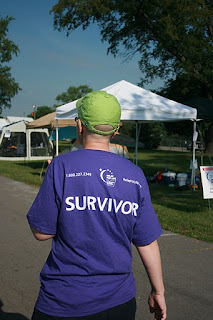 My buddy Chrissy wrote a post today about her neighborhood growing up. They lived in a house that I swear would be my dream house if I could have it. Someone commented about her mother that "I wonder if she realizes the she mothered the last generation of kids who would experience that kind of childhood." She wasn't. Mine does. Granted, I'm not a stay at home mom, but my son is 13. He IS 13. He's not going on 16, 17 or older. His friends in the neighborhood aren't delinquents. I know all of them. There is one that's got a little Eddie Haskell in him, but that's just Drew. He's a good kid, just a little Eddie Haskell-ish. If there's any trouble, he's usually involved. All the parents know all the kids. We know which parents are cool, which ones are cuckoo for cocoa puffs, which ones are strict and which ones are not. During the summer, the kids are outside playing until 10:00 or sometimes later. Michigan really should be in CST, because it's still light out at 10 some nights. They play on their skateboards, bikes, roller blades, with their nerf guns, air-soft guns and bar one emergency (whoops!) no damage is done. I don't worry about mine. In fact, on occasion, the moms go out for a cocktail down the road and leave the kids outside playing, because we know they're OK.
Could I have this in MA? Maybe. Do I have it in MI? Absolutely.
Many of you don't know, but I moved here a little over 6 years ago. My reasoning? My son needed me more than my friends & family did. They would hopefully still be there, but he wasn't always going to be 6. He needed ME. He needed to feel safe. He needed to be out of an environment where drugs, gangs and nonsense were the norm.
Now his biggest worry is not getting his homework done. Not if the kid next door is going to ask him to smoke pot. Or steal something. Or how much trouble he can get into before I get home from work. I'm only 20 min. away. Not an hour and a half. He lives where a kid can be a kid. 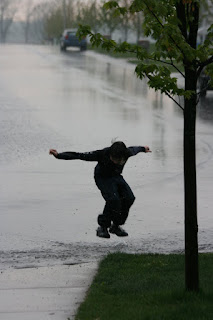 that macroeconomics may kick my butt... I get some of it, but not all of it. And the whole math aspects of it? Eeeeesh...

Shoot me now.
Here's something fun - see if you can figure out the "DUH" part of this Marquee... 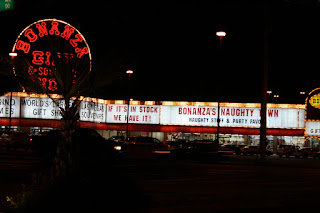 Frost warning for tonight. Can we be over winter already? I'm over IT, why can't it just be done? Cheez luiz!

Nothing else really happening this week. Iris' are up and starting to bloom. All the other seeds/bulbs I planted are starting to sprout - and the fun thing? I don't remember what I planted, so it'll be exciting to see what comes up!

I love the weekends. I have decided to stay (for now) at my job because even though it's slow as shit, I can get homework done there that I wouldn't be able to do at another job. And with macroeconomics starting this week, I think I'll need the down time! LOL

My friend Lesley came and hung out at the house yesterday - her youngest is adorable, and apparently wants me to kiss her ass. See? Isn't that what she's saying? LOL 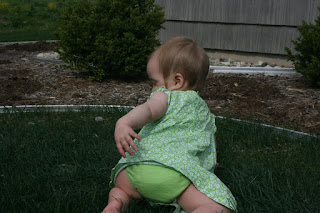 Then it started downpouring. I had told a story earlier in the day how during the summer, my mother used to put us into our bathing suits and let us go out and play in the rain (actually I think she used to lock us out of the house, but that's another story LOL). So once we made sure that there wasn't any lightning - we let the older two do this: 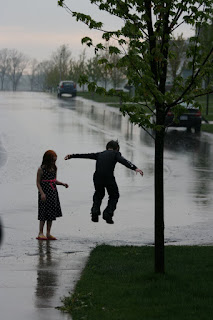 A lot of fun was had - and they all slept well last night.

My back yard has been taken over by crabgrass - any hints are welcome. I've tried the Weed & Feed, Crabgrass Killer and now am almost resigned to it taking over - it's green, right?

The front, however - that's all mine.... I've got iris', gladioli, zinnias, when everything comes up it should be a color explosion at the front of the house! I can't wait. :)