It really is.  I think that a pool visit may be in order.  Or demanded.  By the large number of screaming females coming to the house at noon.  There goes the plans of quietly reading my book, while eating bon-bons...  LOL NOT!

We have a pool at the development I live in, and it's got a splash park.  Which makes for lots of fun for the little ones.  And God knows I love a house full of peeps - so it's my kind of day  :)

No updates on anything.  Well.  The new job is going well - the people are nice - some interesting personalities.  It's obvious that some people don't like others - but I don't care, I like everybody.  Trying to get a "birthday club" together and only 4 or 5 signed up.  Again - interesting..

For the most part, life is good.  I like when it's calm like this - but there's always a shit-storm of sorts just over the horizon.  I think that the Secret Keeper MPU is not a happy person with me right now.  My attorney got a call this week that he's represented by the same attorney he had before (that thought he was a douche - go figure), and there have been some interesting locations showing up on the feedjit lately.   He refuses to answer my emails or send money that he owes - because we all know *that* is the way to get back at me.  LOL  I told him that he can do that, but it only reinforces my thought that he's an ass and to put on his big boy pants and realize that he's got to deal with the fact that he's the boy's father for at least 4 more years, no matter how much he'd like to hide it.
Whatever... 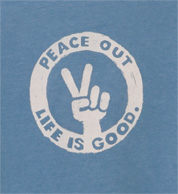 Oy.  Father's Day.  This one is a toughie for me, always has been.

While I wish my father a wonderful father's day - it's a tough one on my son (or for me, not so much him).

We were walking by cards last week in Walmart, and he started laughing when he saw one that said "hey Dad, thanks for everything".. he asked if that would be appropriate to send to his Dad - with a sarcastic twist (wow, he really is my kid LOL).  And he always refers to him as "my Dad"..  I always refer to him as "your father".  Big difference there.

He was around for the first year.  Kind of.  When Josh had surgery at 13 weeks, he showed up in the hospital on his way to work.  After the surgery was over, said and done.  I was the one that was there at 5:30 am to hand him over to the anesthesiologist, not knowing if I'd ever see him again.  Thank God my stepmother came with me for support, otherwise I'd have been on my own.   We'd meet every once in a while and take a walk, or he would use wanting to see him as an excuse to see me.  Guess I hadn't learned yet.   Josh was just starting to say "DaDa" when he saw him when the shit hit the fan.  On his first birthday, Kevin stopped in (of course on his way to work) and spent 10 minutes with him.  I'd sat around all day, waiting for him to come and spend time with his child.  I postponed a birthday party so he could see him.  Because, really, what kind of person would I be if I didn't do everything I could to make sure that my son knew his father?  I snapped.  I told him that he was more than welcome to see his child any time he wanted - but he had to be consistent and not sneak around to do it.  Not asking much, right?  I decided that what had been good enough for me was definitely not good enough for my son.  He never made an effort to see him again.  We'd run into each other and Josh would say hello to the nice policeman, but I wouldn't tell him that was "Dad".  He didn't deserve it at that point. And because we lived near each other, one question I brought up was "what happens if we run into each other in the store and he sees you?  Calls you Dad?  what are you going to do - run away"...  His response "of course not".. Thank goodness it never happened, because I think that's what he would have done.

When I found out I was pregnant, I gave him the option of walking away - said "now is your chance to leave, if you want nothing to do with this baby - walk away now, no strings attached".  His response "what do you think I am, an asshole"?  Um. YES?  But at that point I was still in love, trying to regain my dignity and self-respect and getting pregnant by a married man wasn't where I wanted my life to go.  Oh, hadn't heard that story?  I thought I'd posted about it before, but can't find it to link to it.  Suffice it to say it wasn't one of the smartest decisions in my life.   Anyway, I digress...  He chose not to walk away.  And then got mad at me when I took him to court for child support.   Really?  Really?   Anyway - we came to a truce of sorts, and would run into each other and say hello, and he'd spend a couple of minutes with Josh and then be all sad because he wasn't a part of his life.  Whatever - your choice, dude.

He had another child with another girlfriend (Jeanne) a couple of years before me.  She and I became great friends and our kids knew each other (but not that they were siblings).  That ended when I caught her sleeping with Kevin again - him cheating on his wife (yet again) and her cheating on her husband.  Her daughter didn't know him as her father, thought that Jeanne's husband was her father.  There's more to the story, but I'm trying to make this short and sweet.  Right?  LOL

Josh wrote him a letter when he was 7 or 8.  He ignored it.  He's had his attorney come to me in court and say "he just wants to make it clear he wants nothing to do with this child" - and my response was that he'd made that crystal clear for years.  She indicated with her tone and manner that she thought he was a piece of shit.  Really?  Tell me something I don't know.   I told him that he'd had the opportunity to walk away when I was pregnant and he chose not to do that. I flat out told him that since he decided that this child is going to grow up without a father, I decided that he would lack for nothing else - and that Kevin would pay for it.  So every time I can - I take him back for an increase in child support.  And make it clear that if he'd #1 - walked away when he had the chance, we wouldn't be there.  And #2 - if he were a decent human being, we wouldn't be there.

He and his wife have since divorced, he and Jeanne now live together and he plays father of the year to their daughter (who has been introduced and accepted into the family - not quite sure how that was handled...) and the 3 kids he had with his ex-wife.   And who knows about their youngest half-sibling, Josh?  None of them.  Because that would make him look like an asshole.  Really?

So yeah.  Happy fucking father's day Kevin.  You're a piece of shit and I think deep down, you know that.  I can only hope that some day karma bites you in the ass... 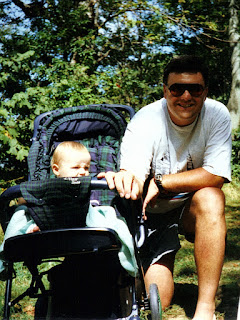 I started my new job this week.  I don't think I'll have as many good stories as I did at the courthouse, but on the bright side?  I won't be called a "fucking bitch" at least once a day.  That's kind of nice!  And there are some stories - one woman was trying to get hold of someone about the licensing for her day care this week and apparently she rubbed someone the wrong way and was told to call the community mental health for an appointment because maybe THEY could help her.  I had to laugh..

It's been quiet, but I'm hoping it'll pick up once I get the hang of things and get properly trained.  Otherwise I'm going to go crazy if it's dead quiet all the time.

Kind of funny the lack of response from the male parental unit on my email, he's also not responded within the specified amount of days to my complaint for child support modification.  Shocker.  I really do believe that he thinks these things will go away if he ignores them.  Not so much... sorry!
Posted by K Dubs at 1:15 PM No comments:

One of my favorites ever to come in.  Bambi.  Who probably deserves her very own post, but I'll condense it.  LOL

Imagine this.  300 lbs. (plus).  Very large fake ponytail on the top of her head.   First off, I was blinded by the ponytail.  Which kept bobbing around as she talked.  Which made my head bob around, following it...  It doesn't bode well for me.  Or Bambi.  She tells me that I'm a public servant, and I need to serve her.  Huh?  What?
Yeah.  That's how this went.